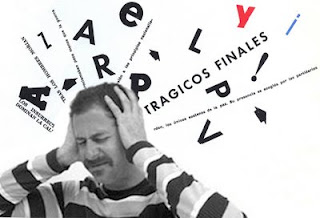 The fifth in an annual series of experimental writing conferences at REDCAT, “Untitled” is a two-day conversation about writing which in some manner exceeds the printed page. While we are familiar with visual artworks constituted as a set of instructions, secrets written by visitors in a book, or one artist erasing of another artist's work, what would be their equivalents in the literary world?

“Untitled” is a common title of contemporary art works and also refers to the incipient moment of a new text or idea; it was chosen to convey a sense of openness and process. A variety of writers and artists will discuss the use of language and words and/or their object status, the book and the letter, the question of the "emptiness" vs. the fullness of language as a poetic medium, the pictorial versus the narrative, the incorporation of extra-linguistic symbols and signs (maps, diagrams, formulas, etc.), the question of conceptual writing, and words off the page – performed, sited, projected, incanted, or invoked.

Among the participants is Kenny Goldsmith, an “uncreative” writer who labels himself the “most boring writer in the world” and writes books that include everything he said for a week (Soliloquy, 2001), every move his body made during a thirteen-hour period (Fidget, 1999), and a year of transcribed weather reports (The Weather, 2005).

Artist Young-Hae Chang is part of a “corporate” web art group known as Heavy Industries, whose short Flash texts have mesmerized the art world with their combination of graphic boldness and acute commentary on culture, politics and commerce, yielding a new kind of literary cinema.

Currently teaching in the Writing Program at CalArts, Salvador Plascencia’s first novel, The People of Paper, takes place in the Chicano disapora. Reflecting on the nature of literary characters, some of his people are literally made of paper, and other characters get paper cuts from them.

The conference will include two panels on the topic of “Litterality,” examining how writers use what we normally consider non-linguistic elements, such as symbols, diagrams, maps, or scores placed in the context of writing. We will also look at invented writing systems, and what it might mean to think about the book as an object rather than as a collection of words or sentences.

As in the art world, many kinds of appropriation have been undertaken by experiemental writers in the last several years. The panel on “Appropriation and Citation” will look a these practices, asking questions about whose work and what material gets appropriated, cited or resurrected, who owns texts, and if there is a difference between appropriation and citation.

A panel on “The Meaninglessness or -fulness of Language” will examine language as a vehicle of meaning. Rather than look at what texts say, it asks if language simply taken on its own is empty, saturated with meaning, both, or something else.

The fifth panel on “the concept of conceptual writing," looks at the use of writing not to convey meaning or tell stories but to convey concepts, asking how this might be similar, or not, to the work of conceptual artists in the visual arena.

Organized by Matias Viegener and Christine Wertheim of the Writing Program at CalArts, and funded by The Annenberg Foundation. See Redcat.org for schedule and ticket information, or email untitled.writing@gmail.com.
Posted by Joseph at 3:47 PM

Great blog entry. I need to thank you for intriguing and supportive data and I like your perspective. Much obliged to you!Digital marketing institute pitampura

Thank you! I hope you have many useful articles to share with everyone!
fb login