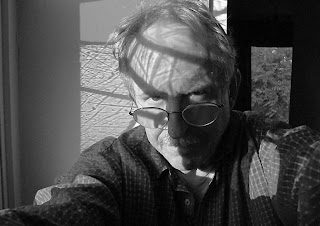 Tom Raworth has been writing to amuse himself for half-a-century: the random threads from this hedonism have led him this year to China and the North Eastern Tibetan plateau, now to L.A., and to Mexico in November. In Italy two years ago he was awarded the Antonio Delfini Prize for "lifetime career achievement" though he is not yet dead. His Collected Poems was published in 2003 by Carcanet, who will publish a book of poems since that collection in 2010. His Collected Prose appeared from SALT this year. He has occasionally taught in the UK , the USA and South Africa; and has read his work in more than 20 countries. His graphic work has been exhibited in Europe, the USA and South Africa, and he has collaborated with musicians, painters and other poets. His children, grandchildren and a few friends keep him awake.

Kevin Killian has written two novels, Shy (1989) and Arctic Summer (1997), a book of memoirs, Bedrooms Have Windows (1990), two books of stories, Little Men (1996) and I Cry Like a Baby (2001) and two books of poetry, Argento Series (2001), and Action Kylie (2008). With Lew Ellingham, Killian has written often on the life and work of the American poet Jack Spicer [1925-65] and with Peter Gizzi has edited My Vocabulary Did This To Me: The Collected Poetry of Jack Spicer (2008) for Wesleyan University Press. For the San Francisco Poets Theater Killian has written thirty plays, including Stone Marmalade (1996, with Leslie Scalapino), The American Objectivists (2001, with Brian Kim Stefans), and Often (also 2001, with Barbara Guest). New projects include Screen Tests, an edition of Killian's film writing, and Impossible Princess, a new fiction collection forthcoming from City Lights Books in November. A new novel Spreadeagle will appear in the spring.

Gabriela Jauregui (b. Mexico City, 1979) is the author of Controlled Decay (Akashic Books/Black Goat Press, 2008). She holds an MFA in Creative Writing from UC Riverside and an MA in Comparative Literature from UC Irvine. Her critical, creative and collaborative work has been published in journals and anthologies in the US, Mexico, and Europe, including, most recently in New American Writing, Eje Central, and forthcoming in Mandorla. She is a member of the sur+ publishing collective in Mexico. Gabriela is a Ph.D. candidate in Comparative Literature at USC and a Soros Fellow. She lives and works in Los Angeles and Mexico City.
Posted by Joseph at 2:46 PM