An Evening of Solo Performances 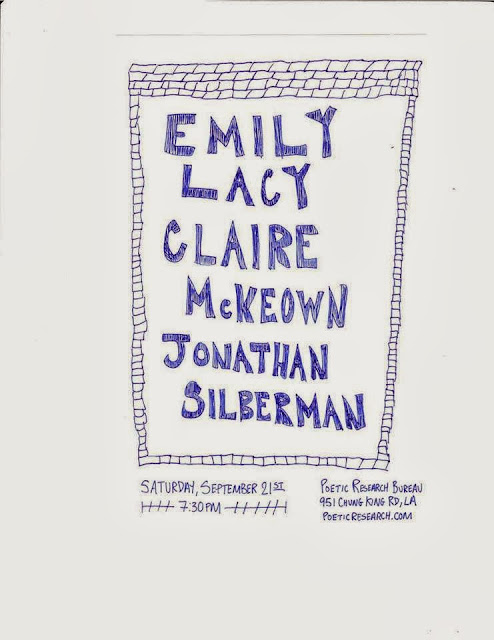 Emily Lacy is a folk and electronic sound artist generating works in music, film, and other media. She has performed in exhibitions at PS1 MOMA, the Whitney Museum of American Art, the Hammer Museum, the Walker Art Center, and LACMA, in addition to various DIY spaces all throughout America.

Claire McKeown is an opera chanteuse who sang in various bands in Los Angeles including "Shadow Shadow Shade" and "Dirt Bird". She is currently working on a new project called "Honey Child".

Jonathan Silberman is a musician and composer based in Los Angeles. Known primarily for his work in the group Godzik Pink (5RC/Kill Rock Stars), and later the trio Rats, his current work includes music with the quartet LA Fog as well as expanding experiments with unaccompanied tenor and soprano saxophone.

how to get customer id in canara bank