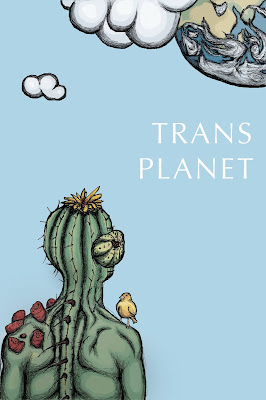 Die Dragonetti is an angel boy, co-editor of Be About It press and curator of TRANS PLANET. They recently published a chapbook of poetry, No Greater Love (Punk Hostage, 2015). Their work has appeared in aqnb, VIDA, xoJane, Salon, the Fanzine, HTMLGiant, Quaint Magazine, and elsewhere. Find them on the internet @angelboyangelboy on Tumblr and @_dieangelboy_ on Twitter.

Jos Charles is the founding editor of THEM, as well as founder and co-managing editor of Sol&Res. Their work has been featured in BLOOM, the Denver Quarterly, the Quietus, Huffington Post, LAMBDA Literary, EOAGH, the Feminist Wire, GLAAD, Bitch Magazine, and more. Find them at joscharles.tumblr.com and @josdcharles.

Manuel Arturo Abreu (b. 1991, Santo Domingo) is a poet and artist from the Bronx. They are the managing editor at Civil Coping Mechanisms. Their work has appeared in MCA Sydney, Tactic Cork, ACLA, The New Inquiry, Gauss PDF, Keep This Bag Away from Children, and other places. See their work at twigtech.tumblr.com and @Deezius.

Joshua Jennifer Espinoza is an American poet from Riverside, CA. She is extremely gay and her work tackles themes such as how fucked it is to have a body and being extremely gay. Her work has been in Shabby Doll House, the Feminist Wire, and elsewhere. Her first book, i'm alive / it hurts / i love it is available now from boost house. Find her at blankslate.tumblr.com and @sadqueer4life.

Sara June Woods is standing at the aircanada ticket counters crying after being forced to prove she is a transgender. She is the author of Wolf Doctors (Artifice Books) and Sara or the Existence of Fire (Horse Less Press). Her work has appeared in Guernica, Shabby Doll House, The Nervous Breakdown, Bodega, and many more. Find her at moonbears.biz, saramountain.tumblr.com, and @whatmountains.

how to add beneficiary in corporation bank