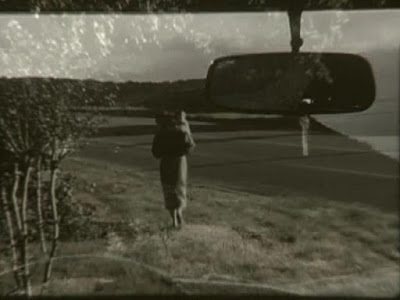 Doors open at 1pm, program begins at 1:30pm sharp. Screenings will fold in throughout the event.

Alessandro De Francesco is a poet, artist and essayist and the founder of the Language Art Studio. Since 2008 Alessandro is an artist-in-residence at the European Graduate School. He has also been an artist-in-residence at the STEIM (Amsterdam, 2007 and 2009), at the Mulhouse Centre for Contemporary Art (2012) and at the BeHave international program in Luxembourg (2015-16). He founded and directed the poetry writing atelier at the École Normale Supérieure in Paris. Among his books: Lo spostamento degli oggetti (Verona: Cierre Grafica, 2008), Redéfinition (Paris: MIX., 2010), Ridefinizione (Rome: La Camera Verde, 2011), Augmented Writing (La Camera Verde, 2013 and 2015), Continuum. Writings on Poetry as Artistic Practice (The Hague / Tirana: Uitgeverij, 2015), Remote Vision (New York: Punctum Books, upcoming in 2016). Alessandro’s artistic work is represented by Solang Production Paris-Brussels.

Christian Hite earned a Ph.D. from the University of Southern California and is a former Visiting Scholar in the Aesthetics and Politics Program at CalArts. In addition to translating works by Pierre Klossowski, his work has appeared in parrhesia , October, Postmodern Culture, and Textual Practice. He is currently the managing editor of KEEP IT DIRTY, VOL. A., "FILTH," an online, open-access journal published by Punctum Books.

Steve Reinke is an artist and writer best known for his single channel videos, which have been screened, exhibited and collected worldwide. He received his undergraduate education at the University of Guelph and York University, as well as a Master of Fine Arts from NSCAD University. The Hundred Videos — Mr. Reinke’s work as a young artist — was completed in 1996, several years ahead of schedule. Since then he has completed many short single channel works and has had several solo exhibitions/screenings, in various venues such as the Museum of Modern Art (New York), the National Gallery of Canada (Ottawa), The Power Plant (Toronto), the Art Gallery of Ontario (Toronto), the International Film Festival Rotterdam and the Argos Festival (Brussels), Barcelona Museum of Contemporary Art, and the Tate (London).

Born in Tokyo, Sylvia Schedelbauer first moved to Berlin in 1993, where she has been based since. She studied at the University of Arts Berlin (with Katharina Sieverding). Her films negotiate the space between broader historical narratives and personal, psychological realms mainly through poetic manipulations of found and archival footage. "Born in Japan of a Japanese mother and a German father — both of whom severed ties to their postwar childhoods — Schedelbauer’s videos are so eloquently and exquisitely constructed that it is easy to underestimate the passion and urgency that underlie them. Driven to conjure a past to replace the one her parents have denied or hidden from her, she has, through an ingenious use of found footage and the endless possibilities of montage, created a series of works that turn artifice into a means of investigation and a bridge to repair the rift between desire and knowledge." (Tony Pipolo, Artforum)

Tania Chen is a pianist, experimental musician, free improviser and sound artist, working with pianos, keyboards, found objects, toys and vintage and lo-fi electronics. She studied piano with John Tilbury during her Masters degree in Performance studies at Goldsmiths College, University of London. She has performed the music of John Cage, Earle Brown, Schoenberg, Webern, Satie, Scriabin, Andrew Poppy, Michael Parsons and Chris Newman in the UK, Europe, USA and Japan. She is equally known for her passion for free improvisation, performing alongside and collaborating with musicians that include Steve Beresford, John Edwards, Lol Coxhill, Alan Tomlinson, Roger Turner, John Butcher, Rhodri Davies and Terry Day.

Jon Leidecker (Wobbly) is a San Francisco–based musician/composer of experimental electronic music. He has released works on Tigerbeat6, Illegal Art, Alku, Phthalo, and others. He has been producing music since 1987 and ongoing studio and live projects involve collaborations with People Like Us, Thomas Dimuzio, Kevin Blechdom, Tim Perkis, Matmos and The Weatherman of Negativland. He is also a member of the Chopping Channel and Sagan.
Posted by A Maxwell at 11:53 PM

Great, bro, !
Thanks for sharing, your Article is really great, expecting more posts from you thanks again

Thank your site! Can you sharing some updates on how you have made this powerful post!
geometry dash | fb login | abc ya

How to set up Gravatar

how to add beneficiary in corporation bank

how to deactivate axis mobile app