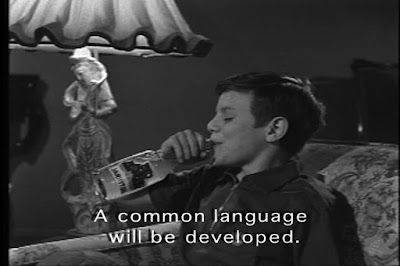 The sixth edition of the PRB's monthly live magazine takes on the exaggerated contours and shirt-rending unrest of melodrama!

A restaging of Ozu's Tokyo Story from filmmaker Matthew Lax (in person!)

A preview talk and audio-video take on Karen Carpenter and her reception in the Philippines by Karen Tongson, from her forthcoming piece in The Believer (in person!)

Doors open @ 1pm. Event at 1:30pm.
Ximena Cuevas is obsessed with the micro movements of daily life, with the border between truth and fiction, with the "impossibility" of reality. Her work relentlessly seeks out the layers of lies covering the everyday representations of reality and systematically explores the fictions of national identity and gender. It redefines the meaning of documentary. Her videos have been shown in festivals such The New York Film Festival, Sundance, Berlin, and Montreal, and she was the featured artist at "Video Viewpoints" in the Museum of Modern Art in New York. She has been an invited speaker at numerous events, including those sponsored by the Pacific Film Archives in San Francisco, the Museum of Contemporary Art in San Diego, the Guggenheim in New York, and in June of 2000 at the Guggenheim in Bilbao.

Kate Durbin is a Los Angeles based artist and writer whose work deals with pop culture and digital media. She is the author of E! Entertainment, The Ravenous Audience, and co-author of ABRA, a living text, which is both an animated trade paperback from 1913 press and an interactive app that received an NEA grant. Her recent performances include Hello Selfie, and The Supreme Gentleman, about the YouTube channel of Isle Vista shooter Eliot Roger.

Matthew Lax is a maker of video and installation work. Mining artifice and construction through a multi-disciplinary analysis of language systems, his work grapples with the creation of meaning and empathy through the intersection of melodrama, propaganda and advertising. Currently based in Los Angeles, he is currently finishing his MFA at the California Institute of the Arts through the School of Film/Video and the Center for Integrated Media. Lil’ Tokyo Story is a shot-for-shot remake of the climax of Yasujirô Ozu's Tokyo Story (1953), exploring issues around language, translation and appropriation.

Mark Rappaport is an American independent/underground film director who has been working sporadically since the early 1970s. A lifelong New Yorker, born and raised in Brooklyn, New York, he graduated from Brooklyn College in 1964. Rappaport made the 1978 drama The Scenic Route. His last three features, all made in the 1990s were Rock Hudson's Home Movies, From the Journals of Jean Seberg, and The Silver Screen: Color Me Lavender. The Vanity Tables of Douglas Sirk is a video essay exploring the frequency and meaning of that particular prop in a wide variety of Sirk movies. Is it a device that traps and keeps women in an artificial world with a limited point of view? Or is it a gateway to the past and the future, and a distorted but nevertheless real vision of the roles that woman are forced to play in society?

Karen Tongson is Associate Professor of English and Gender Studies at University of Southern California, and the author of Relocations: Queer Suburban Imaginaries (NYU Press, 2011). She is currently the series editor for Postmillennial Pop at NYU Press, and an associate editor of the Journal of Popular Music Studies. She has two books in progress: Normal Television: Critical Essays on Queer Spectatorship after the "New Normalcy," and Empty Orchestra: Karaoke in Our Time, which critiques prevailing paradigms of imitation in contemporary aesthetics and queer theory, while offering an account of karaoke technologies, techniques, and desires. Her work has appeared in Public Culture, Social Text, American Quarterly, GLQ, and Novel: A Forum on Fiction, as well as popular venues like The Believer, Public Books, Sounding Out!, Makeshift and Velvet Park.
Posted by A Maxwell at 6:35 PM

After install free psn codes you can share your PS4 card code to your best friends or others. It keep working safely.

Fantastic articles
Thanks for sharing, your Article is really great, expecting more posts from you thanks again

how to update pan card details in canara bank online