Celebrating the release of issue 4 of Angel City Review, a free online journal begun in 2014, a series of launch readings begins on December 3rd at the Poetic Research Bureau in Chinatown. 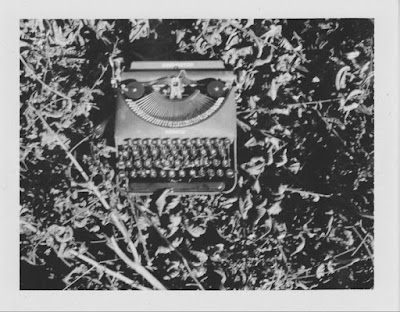 Will Alexander is a poet, aphorist, playwright, essayist, philosopher, visual artist, pianist, and native of Los Angeles. The author of nearly thirty books, his awards and honors include a Whiting Fellowship for Poetry in 2001, a California Arts Council Fellowship in 2002, the PEN/Oakland Josephine Miles Award in 2007, and an American Book Award in 2013 for Singing In Magnetic Hoofbeat: Essays, Prose, Texts, Interviews, and a Lecture. In 2016 he was awarded the prestigious Jackson Prize for poetry, which is among the most substantial given to an American poet.

Jian Huang’s parents brought her to the United States from Shanghai, China, when she was six years old. She grew up in South Los Angeles and earned her degree in Art History from the University of Southern California. She has worked for several social service organizations, including LA Conservation Corps, Homeboy Industries and LA County Arts Commission. Her work has appeared in Entropy, Los Angeles Review of Books, ALOUD, and Tongue & Groove among others. She is the recipient of a 2016 PEN Emerging Voices fellowship. Jian is currently working on her first memoir about the humorous and lonely journey to the American Dream.

Sesshu Foster’s poems have recently appeared in Párrafo, The Poetry Loft, La Bloga, The L.A. Telephone Book. Vol. 1, CultureStr/ke, Ping Pong, Lana Turner Journal, and the Los Angeles Review of Books. A video version of his poem, “The Movie Version: Hell to Eternity,” by artist Aturo Romo-Santillano was exhibited in Washington DC at the Smithsonian’s “Crosslines” May 2016 exhibit. His most recent books are Atomik Aztex and World Ball Notebook, which won the American Book Award. He has taught composition and literature in East L.A. for 30 years. He has also taught writing at the University of Iowa, Pomona College, the University of California at Santa Cruz, and Naropa University at the California Institute of the Arts.

Rocío Carlos is the author of A World Below (Mindmade books, 2014) and co-author of ex her pt (wirecutter collective, 2016). Selections of her collaborative work in progress with Rachel McLeod Kaminer, Attendance appear in Cultural Weekly. She lives and works in Los Ángeles.

Mark Valley is an accomplished film and television actor, West Point Graduate and Army Veteran who now lives in Los Angeles, CA. He is a comic and writer as well, slugging it out writing several TV pilots, one of which is being shot in November in his hometown in Northern New York. He is just recently started submitting his stories for publication. He is an advocate for veteran’s causes, mental health, and urban cycling.

Poet and performer Valerie Hsiung is the author of three full-length poetry collections: e f g: a trilogy (Action Books, November 2016), incantation inarticulate (O Balthazar Press, 2013), and under your face (O Balthazar Press, 2013). Her writing can be found or is forthcoming in places such as American Letters & Commentary, Cosmonauts Avenue, Denver Quarterly, New Delta Review, PEN Poetry Series, Prelude, RealPoetik, and VOLT, among elsewhere. Born in Cincinnati, Ohio, Hsiung spent significant portions of her childhood in Las Vegas, received a BA from Brown University, and is now based out of Brooklyn, New York, where she works as a love detective and matchmaker. She currently serves as an editor for Poor Claudia.

Anne Lesley Selcer is a poet in the expanded field and an art writer. Her work appears on the page, on the wall, as video, installation, and critical essay. She has been commissioned by SFMoma's Open Space, 2nd Floor Projects, Artspeak gallery, Center A gallery, the Or gallery, as well as by artists Abbas Ackhavan and Aurel Schmidt. Her collection from A Book of Poems on Beauty won the Gazing Grain publication in 2014, and is one part of a hypertropic, unbound book on beauty after Mallarmé; Livre, a book about “everything.” She also authored Banlieusard, a book length text which responds to an exhibit. Other writing has been included in seven anthologies including the forthcoming New Media Art 2017 (Cica Museum, Korea). Krowswork, the Visible Verse festival, Southern Exposure, and the T-10 video festival have exhibited or screened her work. Work is forthcoming in the Chicago Review and has appeared in Fence, Action, Yes!, GaussPdf, Elderly, and Armed Cell among others. Critical writing also appears in Art Practical, Fillip, Entropy, and Formes Poetiques Contemporaines and is forthcoming for Rabble (Insert Blanc). She has held residencies at Krowswork gallery and Mildred's Lane, is currently a writing fellow at Southern Exposure, and will be teaching at UC Santa Cruz.

Pomme & Granite is Sarah Riggs' most recent book of poetry in English, following Waterwork (Chax, 2007), Chain of Minuscule Decisions in the Form of a Feeling (Reality Street, 2007), 60 Textos (Ugly Duckling Presse, 2010), and Autobiography of Envelopes (Burning Deck, 2012). Her translations from contemporary French poetry into English include books by Marie Borel, Isabelle Garron, Ryoko Sekiguchi, Oscarine Bosquet and forthcoming books by Etel Adnan and Stéphane Bouquet. Her feature-length film, Six Lives: A Cinepoem (2014), plumbs the depths of understanding between film, the eye and the body through the work of Virginia Woolf (http://vimeo.com/96994470password "virginia"). Her paintings and drawings have been shown at galleries in Montreal and Paris. Riggs currently teaches at Pratt Institute and directs the organization Tamaas (www.tamaas.org).

Genève/Geneva Chao is the author of one of us is wave one of us is shore, a discours amoureux in French and English (Otis Books | Seismicity Editions, 2016), and Hillary Is Dreaming, an imagined dream journal of Hillary Rodham Clinton during the 2016 primary season (Make Now, 2016). She is the translator of Gérard Cartier’s Tristran and, with François Luong, of Nicolas Tardy’s Encrusted on the Living. She translated pieces by Christophe Tarkos for the collection Ma Langue Est Poétique (Roof Books, 2001) and pieces by Yves Di Manno for A Review of Two Worlds: French and American Poetry in Translation (Otis, 2005). Her work has appeared in Mission at Tenth, Boxkite, Boston Review, n/a literary journal, New American Writing, The L.A. Telephone Book, (Satellite) Telephone, DIAGRAM, Can We Have Our Ball Back?, Boog City, and other journals.

Jess Arndt is a fiction writer and co-editor of the Brooklyn-based prose experiment, New Herring Press. Her action text Collective Body Possum toured with The Knife's Shaking the Habitual world tour and her writing has recently appeared in journals like Fence, Bomb, Aufgabe, Bone Bouquet and GLU Magazine. "Large Animals," her debut story collection, is coming out from Catapult Press in 2016. She lives in Los Angeles.

Krystal Languell was born in South Bend, Indiana. She is the author of the books Call the Catastrophists (BlazeVox, 2011) and Gray Market (1913 Press, 2016) and four chapbooks: Last Song (dancing girl press, 2014), Be a Dead Girl (Argos Books, 2014), Fashion Blast Quarter (Flying Object, 2014), and Diamonds in the Flesh (Double Cross Press, 2015). From 2011-2015, she conducted interviews with women poets, culminating in the publication of Archive Theft (Essay Press, 2015). Her poetry has been anthologized in Read Women (Locked Horn Press, 2015) and Best of the Web (Dzanc Books, 2010), and she has received a Poetry Project Emerge-Surface-Be fellowship (2013-2014) and a Lower Manhattan Cultural Council workspace residency (2014-2015). Development Director for Belladonna* Collaborative and publisher of the feminist poetry journal Bone Bouquet, Languell also works as a freelance bookkeeper for small presses and teaches at Pratt Institute in Brooklyn, New York.

Carrie Grinstead works as a hospital librarian and lives in North Hollywood with her partner, Daniel, and Pickle, their rat terrier. Her short stories have appeared in several journals, most recently Pithead Chapel and Joyland. 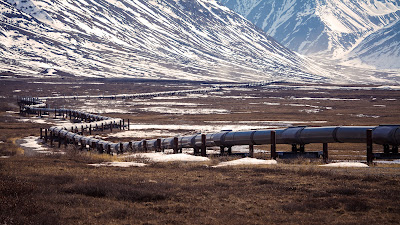 November's edition of the PRB's live magazine is co-curated by poet/geographer Diane Ward, and takes on the theme of flow: data flows, population flows, atmospheric flows, pipelines, conduits, and all that channels and disrupts them.

This one brings you two packed hours of film, talk, poetry, music and performance – six contributors in all: