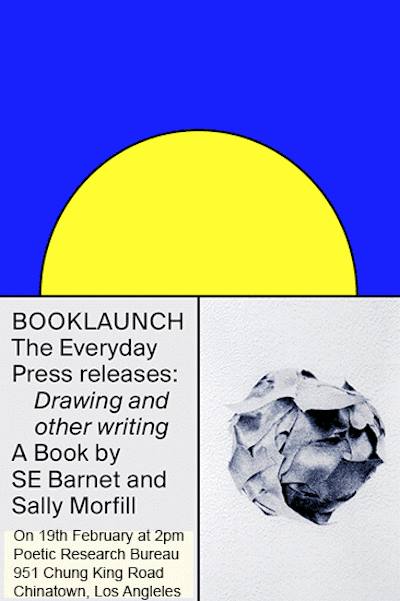 Through the work of SE Barnet and Sally Morfill, the Everyday Press publication Drawing and Other Writing offers a look at how meaning is formed and interpreted when we make a mark. The practices of these two artists include a range of influences and source material; from the Mass Observation archive to Henri Michaux's alphabet of lines. Additionally, artists Ana Čavić and Louisa Minkin have contributed work to the book.