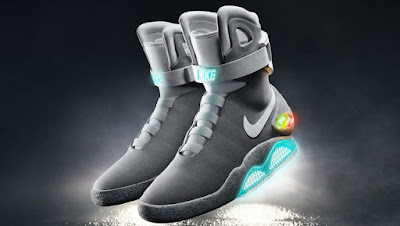 Citron Kelly is a poet whose concern with the institutionalization of bodies in healthcare and labor has recently taken the form of slapstick powerpoints and textual talismans. She has presented her fictional health insurance product, the 'Integrated Open Access Context Plan' at Sunview Luncheonette, Berl's, Zinc Bar and Cooper Union. She is the author of Pudding Time (DoubleCross Press) Material Awe (forthcoming), Dopamine Agonist Destiny Forest (forthcoming), and many zines. Other poems can be found in Theme Can, No, Dear, Yew Journal, and Rhizome.org. In collaboration with Spencer Everett, she the founder and editor of Resolving Host, a risograph press.

Since the late 1990’s, Jeremy Kennedy has been building and exhibiting a multi-disciplinary catalog of art and ideas in a wide scope of arrangements across the U.S. Drawing heavily from a conversational core of evolving humor and wordplay, he approaches projects with a “concept over medium” perspective, and maintains a heavy focus on the power of collaboration. All of which inform his outer roles as a general practitioner of improvised music (sound-maker), and co-founder/operator of the art book publisher Rebel Hands Press. Before relocating to Los Angeles in 2009, Kennedy found Bloomington, Indiana as a home base for a decade.

Andrew Choate is the author of Stingray Clapping (Insert Blanc Press) and Too Many Times I See Every Thing Just The Way It Is (The Residual Press/PRB Editions). He programs the Los Angeles-based music series The Unwrinkled Ear.
Posted by Joseph at 3:56 PM

Thanks I agree with you, thanks msbte time table and msbte

Nice article, I am glad to be able to read your article. do not forget to update and hold yes
Also read our article
Cara-Mengatasi-Asma-Pada-Anak-dengan-Menggunakan-Obat-Herbal
Bahaya-Radang-Tenggorokan-&-Obat-Radang-Tenggorokan-Herbal
Obat-Infeksi-Tulang-Karena-Bakteri-atau-Osteomielitis

The article is neat and interesting, and after I read pretty good .. I like the article you write .. and I also want to ask permission to paste health links.
Obat Herbal Untuk Flatulensi
Agen Resmi Jelly Gamat QnC kabupaten majalengka
We are waiting for the latest information