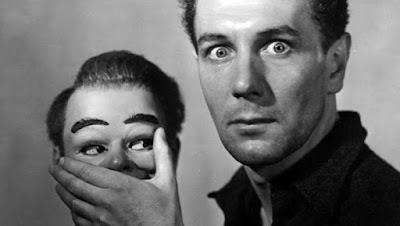 The 15th episode of the PRB's live magazine moves on from last month's "soundtrack" to the the theme of thrown voice, own voice, inserted speech, strange animations, gastromancy, phony phones and pirated/parroted phonics.

Eugene Ostashevsky is a Russian-American poet currently residing in Berlin. His most recent work, The Pirate Who Does Not Know the Value of Pi, explores the communication challenges of pirate-parrot relationships. Released in the New York Review of Books Poets series, it draws on early modern travel narratives, hip-hop, and philosophy of language while pursuing the themes of emigration and untranslatability. His previous poetry book, The Life and Opinions of DJ Spinoza, engages characters like MC Squared, the Begriffon, and Peepeesaurus to deal with snafus in natural and artificial languages. As translator, he is most known for his work on Alexander Vvedensky, Daniil Kharms, and other Russian poets of the twentieth and twenty-first century avant-gardes.

Ross Lipman is an independent filmmaker, archivist, and essayist. His films have screened throughout the world and been collected by museums and institutions including the Academy Film Archive, Anthology Film Archives, Northeast Historic Film, the Oberhausen Kurzfilm Archive, Budapest's Balazs Bela Studios, and Munich's Sammlung Goetz. His most recent work, Notfilm, was named one of the 10 best films of the year by ARTFORUM, SLATE, and many others. Formerly Senior Film Restorationist at the UCLA Film & Television Archive, his many restorations include Charles Burnett's Killer of Sheep, Kent Mackenzie's The Exiles, the Academy Award-winning documentary The Times of Harvey Milk, and works by Charlie Chaplin, Orson Welles, Shirley Clarke, Kenneth Anger, Barbara Loden, Robert Altman, and John Cassavetes. He was a 2008 recipient of Anthology Film Archives' Preservation Honors, and is a three-time winner of the National Society of Film Critics' Heritage Award. His writings on film history, technology, and aesthetics have been published in Artforum, Sight and Sound,and numerous academic books and journals.

Mady Schutzman is a writer and theatre artist.  She has published academic essays, performative texts, and creative non-fiction and is particularly proud of her Brechtian musical comedy about Rodney King and the  L.A. uprising.  She is currently writing a book for Routledge Press on the relationship between humor and ethics.  Mady is Faculty Emeritus at CalArts and lives in Los Angeles.

Sarah Kessler is a media and cultural studies scholar and television critic. She is working on a book, Anachronism Effects: Ventriloquism and Popular Media, that explores metaphorical and material deployments of ventriloquism in contemporary transatlantic popular culture. Her writing on art, film, and media has appeared in the Brooklyn Rail, Camera Obscura, In These Times, Triple Canopy, Sounding Out!, and Women’s Studies Quarterly, among other venues. She writes a regular television column, "The Bingewatch," for Public Books. Kessler completed her PhD in Comparative Literature at UC Irvine in 2016 and currently teaches at Art Center College of Design in Pasadena.
* * *

Always free of charge.
Posted by A Maxwell at 6:04 PM 6 comments:

Josef Kaplan's most recent book is POEM WITHOUT SUFFERING (Wonder, 2016). He lives in New York.

Bridget Talone is the author of Sous Les Yeux (Catenary Press, 2017) and The Soft Life, forthcoming from Wonder in 2018.
Posted by Joseph at 4:03 PM 7 comments:

Alan Felsenthal runs a small press called The Song Cave. With Ben Estes, he edited A Dark Dreambox of Another Kind: The Poems of Alfred Starr Hamilton. His writing has appeared in BOMB, The Brooklyn Rail, Critical Quarterly, Fence, jubilat, and Harper’s. Lowly, published by Ugly Duckling Presse, is his first collection of poems.

Jane Gregory is from Tucson, Arizona and lives in Berkeley, California. Her first book, My Enemies, was published in 2013 and her second, [Yeah No], is forthcoming in 2018, both from The Song Cave. She received her MFA from the Iowa Writers’ Workshop and is currently completing her PhD in English Literature at UC Berkeley, where she also co-curates the Holloway Reading Series. With Lyn Hejinian and Claire Marie Stancek she has recently launched Nion Editions, a chapbook press. 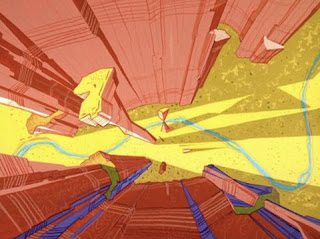 AISHA SASHA JOHN is a singing dancer--a rhythm artist--and the author of the recently published I have to live. (McClelland & Stewart). Aisha’s previous poetry collection THOU (BookThug 2014) was a finalist for the Trillium Book Award for Poetry and the ReLit Poetry Award. Next month, Aisha dances the aisha of oz at the Whitney Museum as part of the 2017 Whitney ISP exhibition. This past February, Aisha led a public art performance residency at Union Station in Toronto: Let’s understand what it means to be here (together) (Art Metropole). aishasashajohn.tumblr.com

Laura Goode is the author of a collection of poems, Become a Name (Fathom Books, 2016), and a novel for young adults, Sister Mischief (Candlewick Press, 2011). She wrote (with director Meera Menon) and produced the feature film Farah Goes Bang; FGB premiered at the 2013 Tribeca Film Festival and won the inaugural Nora Ephron Prize from Tribeca and Vogue. Her nonfiction has appeared in BuzzFeed, Longreads, ELLE, Refinery29, New Republic, Los Angeles Review of Books, New York Magazine, Fusion, The Rumpus, and Bright Ideas, where she is a contributing editor. She received her BA and MFA from Columbia University and lives in San Francisco. http://www.lauragoode.com/ // @lauragoode // tinyletter.com/lauragoode

Kim Calder studies contemporary American literature at the University of California, Los Angeles. Her work has also appeared in The Los Angeles Review of Books Quarterly, Unsaid Literary Journal, The Volta, and Jacket2. She is currently working on a nonfiction manuscript entitled The Nervous System.
Posted by Joseph at 11:55 AM 5 comments: 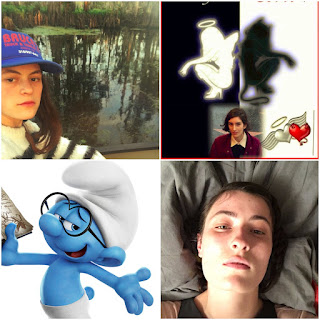 Adrienne Herr is an artist and writer; her poetry readings often include elements of performance and video. She has most recently read at Motto Books (Berlin, DE) and Picture Room (Nyc). A book of her found-poetry, Namesake, will be published by TABLOID Press in Summer 2017. Adrienne currently lives in New York City. http://adriennes.site/

Kayla Ephros is an artist and writer living in Los Angeles. Her book of poems, Maple Shade, can be found at Ooga Booga in LA and McNally Jackson in NYC. Kayla's work has most recently appeared in Dizzy Magazine and Poems for Peace (A Smart Girl Club publication). She received her BFA from the California Institute of the Arts in December 2016, and is working towards her first solo exhibition which will take place in June, 2017. Kayla was born and raised in New Jersey.

Alix Vollum (b. 1989) is an artist from Portland, OR. She currently lives in Los Angeles. Her website is http://alixjeanvollum.net/

Dayton Castleman is an artist (b. 1988, Odessa, TX) who lives and works in Los Angeles, CA. In 2016, he co-organized exhibitions at Kimberly-Klark (Queens, NY) and VI Dancer (San Francisco, CA). http://ifeelmarginalized.com/
Posted by Joseph at 8:53 PM 13 comments: 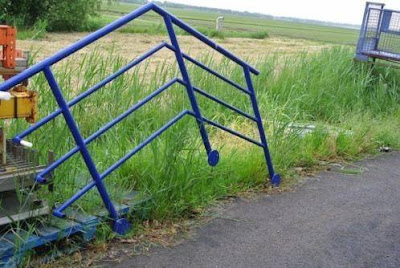 Yesenia Padilla is a founding editor and editor-in-chief of Lumen Magazine, a literary magazine founded for and by women and non-binary people. She also co-curates Now That's What I Call Poetry, a monthly experimental poetry night in Southern California. Yesenia's work has been published in Queen Mob's Teahouse and Complex.

Grant Leuning is the author of two books of poetry: the collection I Don’t Want to Die in the Ocean, and the experimental poem A Million Dollars Isn't Cool, You Know What's Cool, A Billion Dollars. He is the co-curator of the long-running San Diego reading series NOW That’s What I Call Poetry. His most recent book is Piss Cameron, a political grotesque.
Posted by Joseph at 11:29 AM 10 comments:

Andrew Wessels currently splits his time between Los Angeles and Istanbul. Semi Circle, a chapbook of his translations of the Turkish poet Nurduran Duman, was published by Goodmorning Menagerie in 2016. His first book is A Turkish Dictionary (1913 Press).

Gillian Olivia Blythe Hamel is the author of occident (Called Back Books, 2017). Her work has appeared in VOLT, jubilat, The Volta, and The Offending Adam, and was recently featured in the Aesthetic Blitz exhibition from the Asian American Women Artists Association. She is managing editor at Omnidawn Publishing and editor of OmniVerse. Gillian also co-publishes speCt!, a chapbook series and book arts imprint, with Peter Burghardt and Robert Andrew Perez.

Xochitl-Julisa Bermejo is the author of Posada: Offerings of Witness and Refuge (Sundress Publications 2016), a 2016-2017 Steinbeck fellow and former Poets & Writers California Writers Exchange winner. She has work published in Acentos Review, CALYX, crazyhorse, and The James Franco Review and is a cofounder of Women Who Submit.

Nik De Dominic is a poet and essayist. Work has appeared in Guernica, Los Angeles Review, DIAGRAM, Harpur Palate, and elsewhere. He is a founding editor of The Offending Adam and a poetry editor of New Orleans Review. De Dominic is the author of the chapbook Your Daily Horoscope from New Michigan Press and teaches writing at the University of Southern California.
Posted by Joseph at 5:37 PM 7 comments:

Oki Sogumi was born in Seoul, South Korea as military dictatorship ended. She writes poetry and fiction, and her forthcoming speculative novella is about giant insects, migration, time travel, oceanic feelings, wellness, and both the limits and possibilities of relations like friendship. She currently resides in Philadelphia.

Jeanine Webb (she/they) is a writer, collective organizer, cancer survivor and is a Dissertation Fellow in Literature at UC San Diego. Her research focuses include poetry and politics, and race and gender in speculative fiction . Her poetry has been published in many journals, including Lana Turner, The Capilano Review, The West Wind Review, ARMED CELL, The Ghazal Page, The Antioch Review, Star*Line, ZYZZYVA, Jupiter 88 and in the collaborative poetry pamphlet Poetry is Not Enough, with two poems forthcoming in Lumen. Her essays have been published on ON Contemporary Practice's .pdf Archive Series, The Poetic Labor Project, the Post-Crisis Poetics series and on Monstering Magazine, with another forthcoming for Tripwire. A feature on her poetry, edited by Perwana Nazif, is forthcoming in Cold Cut Magazine. Some current or forthcoming book projects which feature her work include the San Diego Writers' Anthology A Year In Ink Vol.3, the Now That's What I Call Poetry Anthology, The Alette in Oakland Reader and Occupy Poetics. When she can afford to, she publishes the bilingual, cartonera-style handmade journal, TACOCAT. Last year she presented on contemporary graphic novels at Comic-Con and this summer she will be a fellow-in-residence at Emory's Rose Library and teaching a course on Women Writing the Ancient and Classical World.

Feliz Lucia Molina was born and raised in San Fernando Valley, LA, to Filipino immigrant parents. Her books are Undercastle, The Wes Letters, Roulette & Thundercastle (both forthcoming), and chapbook Crystal Marys. Poems have and about to appear in Gauss PDF, Open Space, Night Papers, Fence, Pen Am, & elsewhere. Living in Chicago, she visits fam in Desert Hot Springs, California.