Saturday, June 10: Writers Who Love Too Much 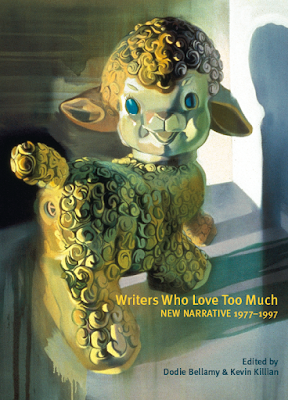 a book launch for the New Narrative Anthology
from Nightboat Books

In the twenty years that followed America’s bicentennial, narrative writing was re-formed, reflecting new political and sexual realities. With the publication of this anthology, the New Narrative era bounds back to life, ripe with dramatic propulsion and infused with the twin strains of poetry and continental theory. The reader will discover classic New Narrative texts, from Robert Glück to Kathy Acker, as well as rare supplemental materials, including period interviews, essays, and talks, which form a new map of late 20th century creative rebellion.
Posted by Joseph at 1:01 PM

Thank you for your analysis. It is new and different aspects I know before. Looking forward to reading more of your posts
abcya