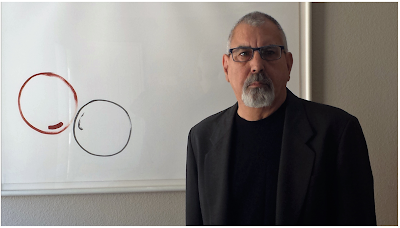 TED PEARSON was born and raised in Palo Alto, California. Early studies in liturgical music, modernism, and jazz led him to poetry in the mid 1960s. He attended Vandercook College of Music, Foothill College, and San Francisco State University. To date, he has published twenty-one volumes of poetry. Recent books include Extant Glyphs: 1964-1980 (Singing Horse, 2014), An Intermittent Music: 1975-2010 (Chax, 2016), The Coffin Nail Blues (Atelos, 2016), After Hours (Singing Horse, 2016), and The Markov Chain (Shearsman, 2017). He co-authored The Grand Piano: An Experiment in Collective Autobiography (This / Mode A, 2006-2010) in ten volumes. He co-edited Bobweaving Detroit: The Selected Poems of Murray Jackson (Wayne State UP, 2004). His essays have been widely published, notably in Poetics Journal. A two-part conversation with Luke Harley appears online in Jacket2. It focuses on the evolution of An Intermittent Music. Pearson lives in Highland, California, and is adjunct faculty at the University of Redlands.

PAUL NAYLOR was born and raised behind the Zion Curtain—also known as Utah. He has undergraduate degrees from Westminster College, a Masters degree from Utah State University, and a PhD from the University of California, San Diego. He was an associate professor of English at the University of Memphis until 2001, when he beat a retreat from academia and, in 2004, took over Singing Horse Press from the late Gil Ott. He lives in San Diego with his wife Debi and daughter Siena. Paul Naylor’s poetry books include Playing Well With Others (Singing Horse Press, 2004), Arranging Nature (Chax Press, 2006), Jammed Transmission (Tinfish Press, 2009), Book of Changes (Shearsman Books, 2012), and Anarcheology (forthcoming, Talisman House Books). He is also the author of Poetic Investigations: Singing the Holes in History (Northwestern University Press, 1999), a critical study of five contemporary poets—Susan Howe, Nathaniel Mackey, Lyn Hejinian, Kamau Brathwaite, and M. Nourbese Philip.