Sandra Simonds is the author of six books of poetry: Orlando, (Wave Books), Further Problems with Pleasure, winner of the 2015 Akron Poetry Prize from the University of Akron Press, Steal It Back (Saturnalia Books, 2015), The Sonnets (Bloof Books, 2014), Mother Was a Tragic Girl (Cleveland State University Poetry Center, 2012), and Warsaw Bikini (Bloof Books, 2009). Her poems have been published in the New York Times, the Best American Poetry 2015 and 2014 and have appeared in many literary journals, including Poetry, the American Poetry Review, the Chicago Review, Granta, Boston Review, Ploughshares, Fence, Court Green, and Lana Turner. In 2013, she won a Readers’ Choice Award for her sonnet “Red Wand,” which was published on Poets.org, the Academy of American Poets website. She lives in Tallahassee, Florida and is an Associate professor of English and Humanities at Thomas University in Thomasville, Georgia.

Geoffrey G. O’Brien’s latest book is Experience in Groups (Wave, 2018). He is also the author most recently of People on Sunday (Wave, 2013) and the coauthor (with John Ashbery and Timothy Donnelly) of Three Poets (Minus A Press, 2012). O’Brien is a Professor of English at UC Berkeley and also teaches for the Prison University Project at San Quentin State Prison.
Posted by Joseph at 11:03 AM No comments: 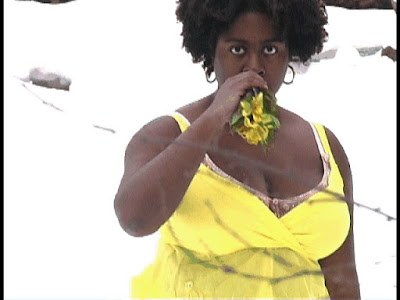 Raj Chakrapani received an MFA in poetry from the Iowa Writers’ Workshop where he wrote his collection of poems Brown People with Colonial Histories and his MFA thesis on Bhanu Kapil’s Schizophrene. He also took classes in experimental film and translation. He recently completed a series of short films that explore his family video archives and communities with shifting perspectives of home. His poems are placed or forthcoming in Lana Turner, Speculative City, Word Thug, Sequestrum and http://Crevice.ro. His films are on Triquarterly and WordThug and available on youtube. He writes interviews for The Rumpus and recently interviewed the artists SJ Sindu, Madhu Kaza and Gabrielle Civil. He is a faculty member in the Language and Thinking Faculty at Bard College.

Gabrielle Civil is a black feminist performance artist, writer and poet, originally from Detroit, MI. She has premiered fifty original performance art works around the world, including as a Fulbright Fellow in Mexico. She collaborated with artist Vladimir Cybil Charlier on the image + text work “Tourist Art” and her texts and translations have appeared in Small Axe, Art21, Something on Paper, Kitchen Table Translation, Obsidian, and more. She is the author of two memoirs in performance art: Swallow the Fish (2017) and Experiments in Joy (2019) both published by CCM. She currently serves as Faculty in Critical Studies and the MFA program in Creative Writing at the California Institute of the Arts. The aim of her work is to open up space.

Anca Roncea is a poet and translator. She is a graduate of the Iowa Writers’ Workshop and the University of Iowa’s M.F.A. program in Literary Translation. In 2012 she was a Fulbright visiting scholar at UC Berkeley. She was born and raised in Romania and now lives in the US where she is working on translations of Romanian poetry, an experimental translation of Tristan Tzara, as well as her first book of poetry.
Posted by Joseph at 10:39 AM No comments: