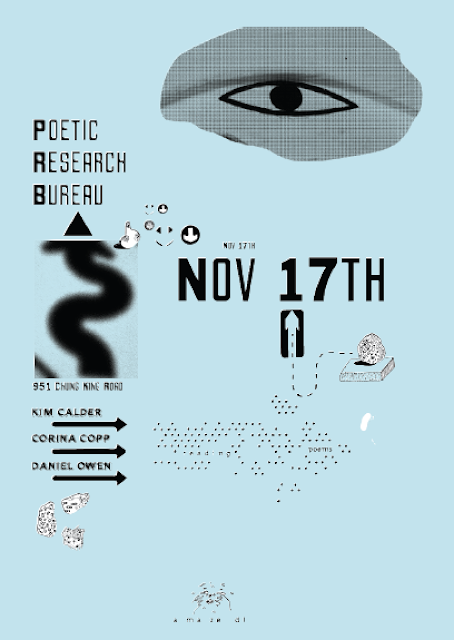 Kim Calder co-directs Les Figues Press and is currently a doctoral student at the University of California, Los Angeles. Her work has appeared in The Believer, The Los Angeles Review of Books/LARB Quarterly, ASAP/Journal, and Jacket2. She is currently working on two manuscripts: The Nervous System, an autotheoretical work, and her dissertation, which examines indigenous cosmologies in contemporary American literature in relation to settler colonialism and anti-capitalist resistance.

Daniel Owen is the author of Toot Sweet (United Artists Books, 2015) and Restaurant Samsara (Furniture Press Books, 2018). His translation of Afrizal Malna’s Document Shredding Museum is forthcoming from Reading Sideways Press. His writing has recently appeared in Hyperallergic, The Recluse, The Brooklyn Rail, The Fanzine, Vestiges, and elsewhere. He is a member of the Ugly Duckling Presse editorial collective.