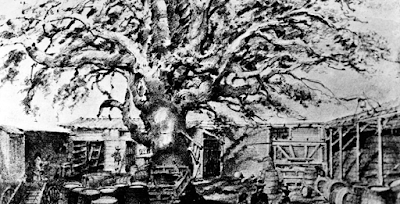 The Poetic Research Bureau's live magazine is back next Sunday afternoon to renew last month's themes of community, neighborhoods, immigration, and colonization, with a particular eye this time on California neighborhoods and communities, from LA to the Bay Area.

Meanwhile, one of our city's great poets-of-place, Sesshu Foster, will give a reading from recent work, while local journalist & neighborhood historian Hadley Meares will give a talk on a less-remembered generation of Angelenos – the French immigrants that inhabited Downtown and Chinatown for much of the late 19th and early 20th centuries, when LA's mayors had French surnames, vineyards ringed where Union Station stands now, and Vignes was the name of a winemaker, not just a neighborhood offramp to feed drivers to local bail bonds companies.