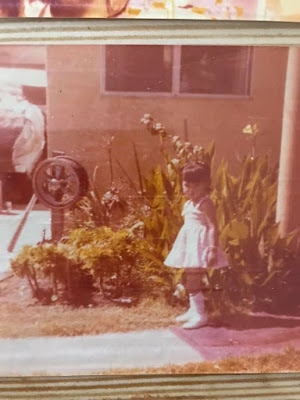 (the other house)
by Rocío Carlos
Book Launch
with
Bridgette Bianca & T.K. Lê

(the other house) is a book-length poem of response; a map; a thread of hauntings, a reconstructed memory of loss and the body, language and desire.

Rocío Carlos (she/they) attends from the land of the chaparral. Born and raised in Los Ángeles, she is widely acknowledged to have zero short term memory but knows the names of trees. She is the author of (the other house) (The Accomplices/ Civil Coping Mechanisms), Attendance (The Operating System) and A Universal History of Infamy: Those of This America (LACMA/Golden Spike Press). Her poems have appeared in Chaparral, Angel City Review, The Spiral Orb and Cultural Weekly. She was selected as a 2003 Pen Center “Emerging Voices” fellow. She collaborates as a partner at Wirecutter Collective and is a teacher of the language arts. Her favorite trees are the olmo (elm)and aliso (sycamore).

Bridgette Bianca is a poet and professor from South Central Los Angeles whose work as a writer and an educator seeks to serve the people and moments most forget or ignore. Bridgette Bianca is a graduate of Howard University and Otis College of Art & Design and has performed her poetry all around Southern California. She is one half of the literary curating team, Making Room for Black Women, with Sanura Williams of My Lit Box. Her first book of poetry will be released by Writ Large Press in 2020.

T.K. Lê is from Westminster, California. An alum of the VONA Voices summer writing workshop, she has shared her work on KPCC’s Take Two, as well as on stage for ALOUD and Tuesday Night Project. Her essay “Part of Memory is Forgetting” appears in the W. W. Norton anthology Inheriting the War. She is currently a PEN America Emerging Voices fellow.