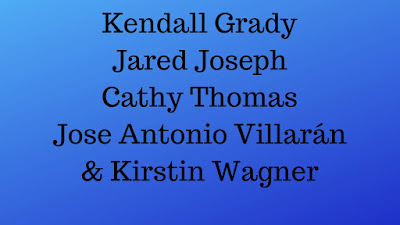 Kendall Grady's poems have appeared in Dusie, The Atlas Review, and Roomba, a chapbook from The Museum of Expensive Things. They are interested in something like loving the social body.

Cathy Thomas (she/her) received her PhD at UC Santa Cruz in Literature with a designated emphasis in Creative Critical writing. She is now a UC President’s Postdoctoral Fellow working with Nalo Hopkinson to figure out simple ways to “semantically-neurochemically induce” Afrofutures into our “higher-level living autopoietic system.”© Her interests lie in the Caribbean diaspora, carnival culture and practices, decolonial feminist thought, and discovering modes of play and resistance in comic books, cosplay, and pop culture. When she is not writing, or cos-playing, or wining up at carnival, she procrasti-makes short films, linocuts, things that satisfy her love of chemistry, and things that evoke memories of the South Bronx like tiny gardens and Guyanese dishes she loved as a child.
© Sylvia Wynter in Sylvia Wynter:On Being Human as Praxis. Ed Katherine McKittrick (Duke Press, 2015)

Jose Antonio Villarán is the author of two books of poetry: la distancia es siempre la misma (Matalamanga, 2006) & el cerrajero (Album del Universo Bakterial, 2012); one book of translation, Album of Fences, by Omar Pimienta (Cardboard House Press, 2018); and creator of the AMLT project (http://amlt-elcomienzo.blogspot.pe), an exploration of hypertext literature and collective authorship, which was sponsored by Puma from 2011-2014. His third book, titled open pit, is forthcoming from AUB in 2019. He holds an MFA in Writing from the University of California - San Diego, and is currently a PhD Candidate in Literature at the University of California - Santa Cruz.

Kirstin Wagner is a writer, teacher, and PhD candidate in the UCSC Literature Department. Her research concerns inherited trauma in families organizing around domestic violence. Her creative work is published/forthcoming in Genealogy, Bombay Gin Literary Journal, Gesture Literary Journal, and Something on Paper. She has taught creative writing at Naropa University, Indiana University, UC-Santa Cruz, and in the Boulder public school system. You can find her hiding fairies in the redwoods, writing at the beach at 3am, or eating pizza anywhere, anytime.
Posted by Joseph at 1:46 PM