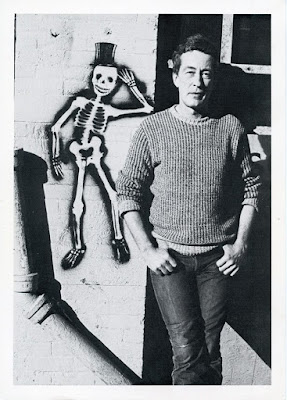 Since its first publication in 1992, David Rattray's How I Became One of the Invisible has functioned as a kind of secret history and guidebook to a poetic and mystical tradition running through Western civilization from Pythagoras to In Nomine music to Hölderlin and Antonin Artaud. Rattray not only excavated this tradition, he embodied and lived it. He studied at Harvard and the Sorbonne but remained a poet, outside the academy. His stories “Van” and “The Angel” chronicle his travels in southern Mexico with his friend, the poet Alden Van Buskirk, and his adventures after graduating from Dartmouth in the mid-1950s. Eclipsed by the more mediagenic Beat writers during his lifetime, Rattray has become a powerful influence on contemporary artists and writers.

Compiled in the months before his untimely death at age 57, How I Became One of the Invisible is the only volume of Rattray's prose. This new, expanded edition includes nine new texts, three of which were previously unpublished; an introduction by Robert Dewhurst; and an afterword by Rachel Kushner.

Join the book’s editors Chris Kraus and Robert Dewhurst for a night of readings from the new edition, followed by rare film footage of David Rattray himself reading.

Chris Kraus is the author of four novels, three books of art and cultural criticism, and After Kathy Acker: A Literary Biography. In 1992, she edited David Rattray’s How I Became One of the Invisible for Semiotext(e) after working with him on Readings From The Diaries of Hugo Ball and other projects. Kraus is a co-editor of Semiotexte alongside Hedi El Kholti and Sylvere Lotringer. She teaches writing at Art Center.

Robert Dewhurst is a scholar and poet. With Joshua Beckman and CAConrad, he coedited Supplication: Selected Poems of John Wieners (Wave Books, 2015). Recently, he edited, with an introduction, an expanded second edition of David Rattray's prose collection How I Became One of the Invisible (Semiotext(e), 1992/2019). He lives in Los Angeles, where he is currently writing a biography of Wieners.

David Rattray (1936–1993) was a poet, translator, and scholar, fluent in most Western languages, Sanskrit, Latin, and Greek. He translated the works of Antonin Artaud, René Crevel, Roger Gilbert-Lecomte, among others.
Posted by Joseph at 11:48 AM