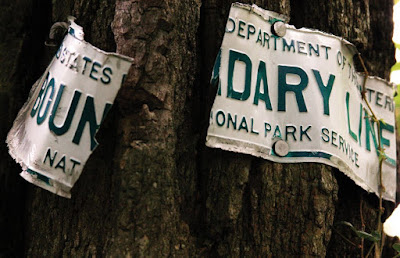 @SEA returns in 2020 with its 20th episode of film, talks, reading and performance. A live magazine and unfolding act of letting the mind wander on a theme, the keyword for this installment is dominion – exploring themes of territory and control, sovereignty and occupation, with special attention to the desert, land use and rural spaces. Participants include Mina Kim Fitzpatrick, Juan Pablo González, Anthony McCann and Roy Scranton.

Mina Kim Fitzpatrick is a documentary director, editor and cinematographer. Her directorial work has screened internationally at San Sebastian Film Festival, Chicago International Film Festival and Maryland Film Festival, and garnered awards such as the Loni Ding Social Justice Award at CAAMFest and Best Documentary Short at Winchester Film Festival. She has participated in the Sundance Edit and Story Lab as a contributing editor, and her cinematography work was recognized by the American Society of Cinematographers as a finalist for the Haskell Wexler Documentary Award in 2016. She is a graduate of Kartemquin’s Diverse Voices in Documentary Fellowship and served as a Fulbright Scholar from 2011-2013 in South Korea. She is currently a Special Faculty member in the Program of Film and Video at the California Institute of the Arts, teaching cinematography and documentary production.

Named one of the Filmmaker Magazine’s “25 New Faces of Independent Film” for 2015, Juan Pablo González is a Mexican filmmaker whose work has screened at Cannes, Rotterdam, IDFA, the Lincoln Center of New York, the Mexico City Cinematheque, Habana, Ambulante, among others. He’s received support from the Mexican National Fund for Culture and Arts, the Sundance Institute, the Venice Biennale and the Austin Film Society. He currently teaches in the Film Directing Program at the California Institute of the Arts. Juan Pablo's practice spans between fiction and non-fiction cinema. His work is primarily set in Atotonilco el Alto, the town where he grew up in rural Mexico. Juan Pablo is concerned with representations of the rural, drug violence, immigration and the intersection between urban and country life in different communities around the Jalisco Highlands. His work reflects deeply on the mutability of memory and its trace across the spaces we inhabit.

Anthony McCann was born and raised in the Hudson Valley, and now lives in the Mojave Desert. He is the author of Shadowlands, a work of non-fiction about the armed occupation of the Malheur National Wildlife Refuge in 2016, and four volumes of poetry, including Thing Music and I Heart Your Fate. He is on the faculty of the School of Critical Studies and the Creative Writing MFA at the California Institute of the Arts.

Roy Scranton is the author of I ♥ Oklahoma! (Soho Press, 2019), Total Mobilization: World War II and American Literature (University of Chicago Press, 2019), We’re Doomed. Now What? (Soho Press, 2018), War Porn (Soho Press, 2016), and Learning to Die in the Anthropocene: Reflections on the End of a Civilization (City Lights, 2015). He has written for the New York Times, Rolling Stone, The Nation, the New Republic, The Baffler, Yale Review, Boston Review, and elsewhere, and he co-edited What Future: The Year’s Best Ideas to Reclaim, Reanimate & Reinvent Our Future (Unnamed Press, 2017) and Fire and Forget: Short Stories from the Long War (Da Capo, 2013).
Posted by A Maxwell at 6:03 PM